Min size of a group: 3 people

Please note: A person must be at least 18 years old to participate in the tour!

You will be picked up from your hotel and taken to a first venue where you meet the guide and the tour starts. In total, the tour includes a visit of 10 places. Although the venues are so different, they all share a common thing – a true love for a unique beer. In four of the stops, you will try premium craft type Latvian beer with delicious snacks, in some of the small brewpubs, you will have a chance to see how craft beer is made and experience an amazing journey into a taste in all bellowed beverage. Usually, we suggest starting the tour at 6 pm, so it ends at around 10 pm. After the tour, you can stay in the last brewpub, visit some of the nearby pubs, located in the city centre or visit some in the Old town, which is less than a 15 min walk from the last venue. The total lengths of a tour is 2.5km and whole pubs together offer more than 200 different sorts of beer, 12 of which are included in a tour.

In the 19th century, Riga was a brewing city - breweries operated here to be able to supply the most delicious beer to both residents of Riga and the guests of the city. The Riga Beer Quarter is marked by three historic breweries - Kimmel, Kuncendorf and von Strick. It is said that water, especially suitable for brewing, spilt here from the depths of the earth. During the centuries, the breweries got shut down, but the spirit of the beer was preserved!

On the eve of Latvia's centenary, Valmiermuiža Brewery and its friends decided to restore the glory of the old northern European brewing citadel in Riga by uniting together with other amazing beer breweries, brewpubs and bars, into the Riga Beer Quarter. In a unique location, in the heart of Riga city, between three historic breweries - the former Bier- und Porterbrauerei und Malzfabrik C. Stritzky on A. Briana Street, the giant C. L. Kymmel brewery buildings on the corner of Bruninieku and Valdemara Streets and Bierbrauerei Gust. Kuntzendorff brewery buildings - today there are ten pubs, all of which offer craft beer in Riga which is made in Latvia and the Baltic countries.

Valmiermuiža Brewery in Riga was the first to open its doors in the area, later joined by other brewers and traders - Labietis Brewery, Ziemeļu Enkurs Brewery, Taka and Walters & Grapa bars offering small brewery products, and the Kanepes Kulturas Centrs, the progressive youth venue Vest, the alternative party venue Autentika, and the Zobens un Lemess bar for metal lovers. And not far away is the Alkīmiķis pub and brewery. Each of the venues has a different character, interior, music and audience, but they have a love for high-quality, unique beer. Come and explore the Riga Beer District by yourself.

The first Latvian craft beer brewery which became popular in Riga was Labietis and after many years, they are still among the busiest place for those who like craft beer. Alkimikis and Ziemelu Enkurs are also moving in the right direction to become more and more popular. All these three breweries are included in a tour of Riga craft beer tour. The smaller and more cosy bars where you can try craft beer in Riga are Taka bar, Walters & Grapa (both included in a tour), Lauvas alus, Alus Celle, BeerFox Bar, Walters & Grapa (included in a tour), Nurme Bar. If you are looking for a place where to try craft beer in the Old town, then Miezis un kompanija is the right place.

If you love craft beer, you can combine the `Riga beer district` tour with the visit of the `Riga craft beer weekend` which usually takes part in January or February and hosts around 30 craft beer breweries from Latvia, Estonia, Poland, Russia and the UK. Each beer brewery offers 3 or 4 of their best beer sorts. The festival offers such attractions as beer pong, novuss (closely related to billiard and carom) and other games. After beer tasting, the visitors are asked to vote online to find the best taste of the festival.Almost all breweries are represented by either the owners or brewmasters which otherwise are rarely to be found. Because of that, the visitors of Riga craft beer weekend can ask their questions and learn more about the process of Latvian craft beer brewing. Entrance to the Riga craft beer weekend is for persons from the age of 18.

If you are visiting Riga in May, you can visit the Riga Beer festival, which takes part in Vermandarzs Park in the city centre of Riga. The festival goes for one week and hosts around 20 beer breweries in Latvia with a total number of more than 500 types of beer. You can find large breweries like Cesu Alus (considered to be the oldest beer brewery not only in the Baltic States but also among Nordic countries), Bauskas Alus and Piebalgas Alus. Craft beer lovers will be glad to visit Labietis and Alkmikis tents as both are among the most popular Latvian craft beer breweries. Every year there are many microbreweries. Last year the appearance on the Latvian beer brewery stage experienced Indiejanis, Beer factory Teika, Vecais Taizel`s and Sesku Alus. Riga beer festival is not only about the beer but also about the party. Every day there is live music bands, games, multiple food caterings and even the radio of the festival ``Beer FM``. 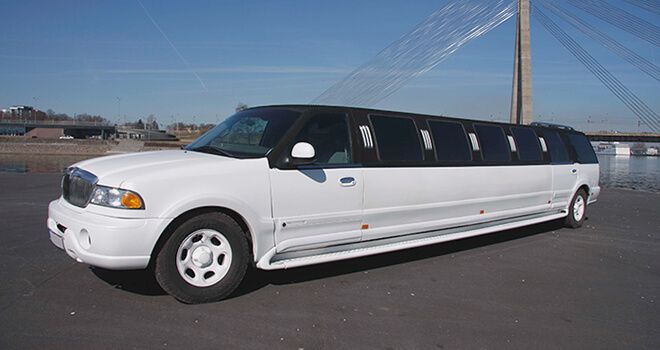